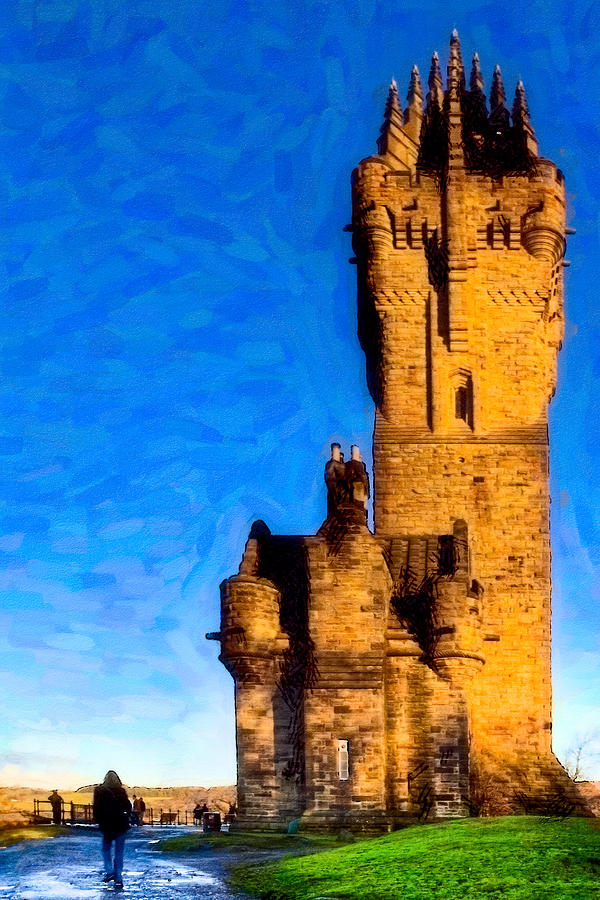 Monument To The Legendary WIlliam Wallace

Monument To The Legendary WIlliam Wallace

It actually took two trips to Scotland for me to see the monument to William Wallace. Well, I saw it from the ramparts of Stirling Castle on that first visit, but I never made it out for a close inspection. I made a half-hearted attempt, but I couldn't figure out which bus would get me there, how long I'd have to wait to come back, and well, the winter days are short to begin with.

It worked out in the end, though, as I saw it in beautiful morning light on my second trip to Edinburgh. I'm confident the light wouldn't have been nearly so good that first trip!

This monument is to the real William Wallace, the man that the Hollywood movie Braveheart is loosely based upon. It's a striking piece of Victorian architecture built upon the hill where Wallace is believed to have been as he watched the English troops gather before the Battle of Stirling Bridge.

Long before his monument was built, William Wallace had taken on legendary status in the country he called home. Today even more so. And I think the light on his monument that morning was of legendary proportions. Quite happy to have had that second chance to capture it! Not that I'd turn down a third chance to see Stirling!