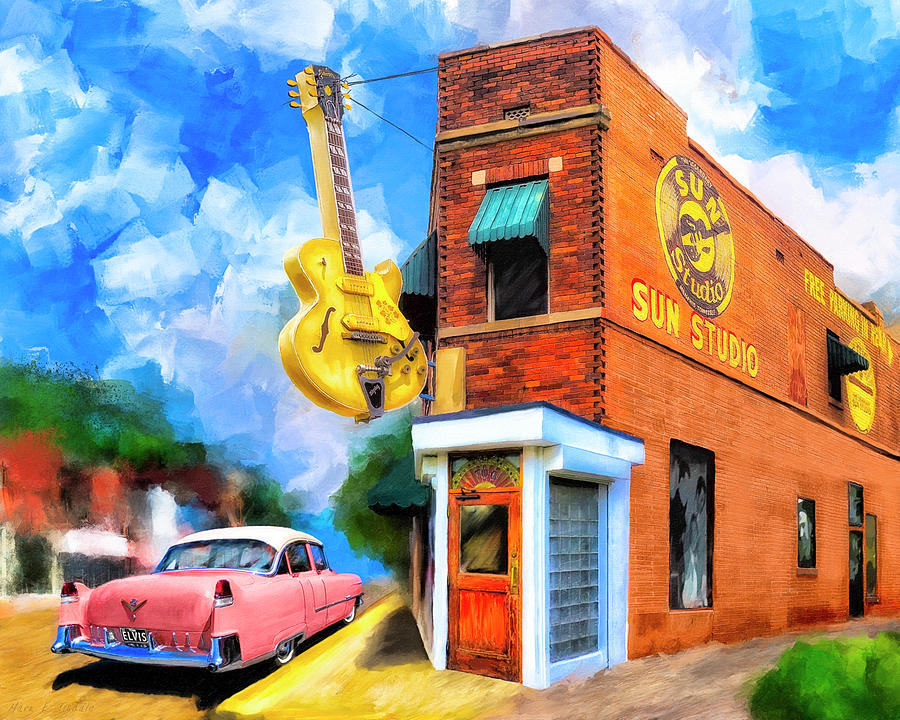 Sam Phillips' studio at 706 Union Avenue was known as Memphis Recording Service when it opened in January, 1950. What would one day be known as Sun Studio then shared space with the Sun Records label. Among the firsts that happened here was when the first rock and roll single, Jackie Brenston and his Delta Cats' "Rocket 88" was recorded there in 1951. Over the next two decades, the greats of rock n roll, Blues, and R&B would record here. The list includes the likes of Elvis Presley, Johnny Cash, Carl Perkins, Roy Orbison, Charlie Feathers, Ray Harris, Warren Smith, Charlie Rich, and Jerry Lee Lewis. Without a doubt, Sun Studios is the legendary home or birthplace of Rock N Roll. Much of modern music traces its roots to this historic corner of Memphis, TN.

The Sun record label was sold in 1969 and decades passed before the building reclaimed its heritage as a recording studio where more recent greats have recorded under the same roof as those pioneers of modern music.

To see more of my work, be sure to check out tisdaleart.com