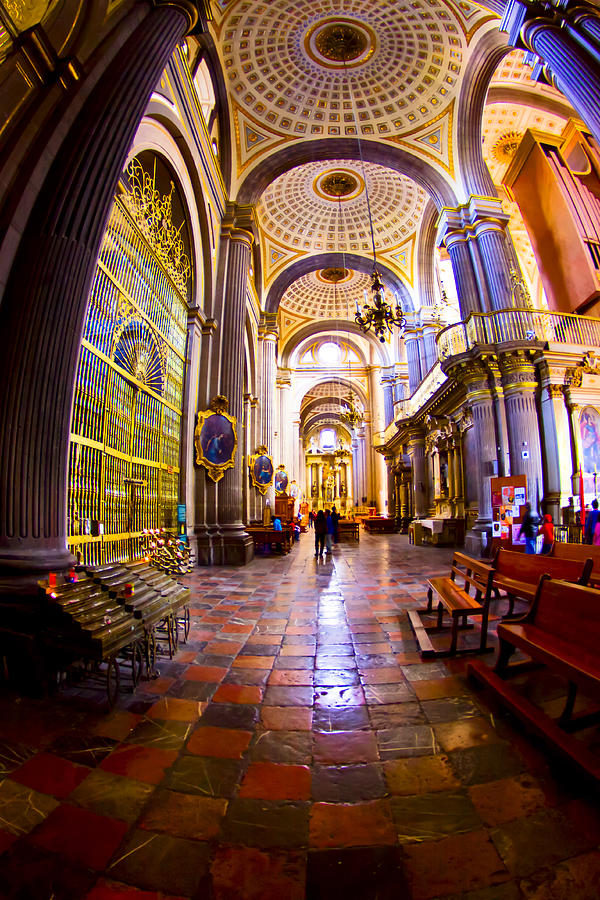 I had read little about Puebla before arriving there. It was literally an overnight stop on the trip which left me with only a scant afternoon to get to know the city before moving on to Oaxaca. Once I was there, I couldn't fathom why we weren't there more than one night. At least as a photographer, I found a wealth of things to explore from old colonial architecture to historic churches like the cathedral seen here.

As soon as I stepped inside the Puebla cathedral from the dark outside I was amazed. The outside was beautiful but did not prepare me for the gilded ornate baroque that is the interior of this historic cathedral. It clearly made sense once I saw it that Puebla is a UNESCO World Heritage Site. The historic city center oozes history.

The cathedral in Puebla was begun in the 16th century, but construction continued well into the next century and much of the interior decoration continued for centuries there-after. And when you see the extent of that beautiful interior, it's obvious it was a never-ending task for generations of Pueblans who built upon the past in their historic colonial church.