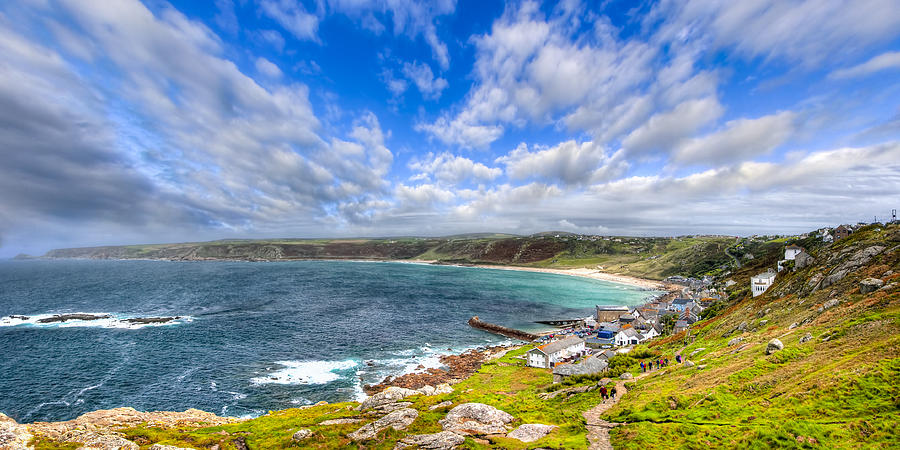 It's somewhat ironic that of our walk to Land's End, it was the beginning in Sennen Cove, a little village on the Cornish coast, that most appealed to my aesthetic senses. The other end of the walk at the actual Land's End had far more the sense of an amusement park. Still fun, but not to my eyes as beautiful as looking down on Sennen Cove from the cliffs of Pedn-men-du - seen here.

During most of my stay in England in September several years ago, the days followed a predictable pattern. The skies started out overcast and gray. But as the day wore on, the clouds broke up enough to allow the sun in and to provide their own beauty to those big skies. It was during my walk to Land's End that the sun started breaking through - a wonderful reward to accompany the climb! This panorama is almost a before and after - you can still see the overcast skies over the bay to the left-hand end of this picture.

I long to see more of England, but at the same time I so fell in love with Cornwall that I could easily, very easily, spend months there if the chance arose. Imagine roaming such a beautiful seaside and capturing such beautiful vistas day after day.