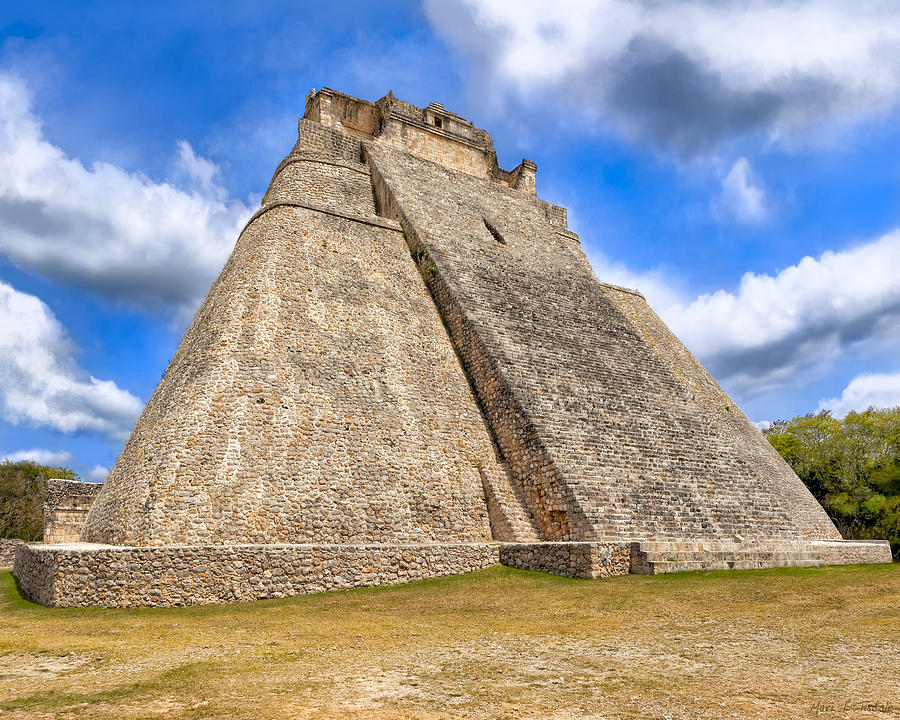 Pyramid of the Magician at Uxmal

Pyramid of the Magician at Uxmal

While Chichen Itza is more universally known, the ruins at Uxmal are none-the-less impressive. This is the main pyramid at Uxmal. It's also known by some as the Pyramid of the Dwarf. By the time the Spanish arrived in what is now Latin America, the Maya civilization was already in collapse, and the cities like Uxmal largely abandoned. The names by which we know this mammoth step pyramid are tied up in local legends the indigenous people told about them. The stories differ except in their being fanciful.

So, like most of the structures we find in the Maya world, we don't have the name or a full picture of the culture that once thrived here. But I found it impossible not to look at this massive ruin and have some level of awe at the mysterious people who built this temple. Isn't it amazing?

The architecture in this area is known as Puuc, based on the region in which they were discovered, one of the few areas of hilly terrain in the Yucatan. Not only is the place unique, but the style is noticeably different from what we see in places like Chichen Itza. I'm sure if you've been you'll note these are very different temples. And although I loved Chichen Itza, it was the Puuc architecture that most captured my heart. I was sorely tempted to pay another visit to Uxmal on my last trip to the Yucatan but did not. Still, I have no doubt I'll stand before this enigmatic step pyramid again some day.

To see more of my Mayan ruins and other Mexico artwork, be sure to check out tisdaleart.com

Note: Uxmal is an impressive set of Maya ruins, so it's no surprise that this ancient Maya city is a UNESCO designated World Heritage site.