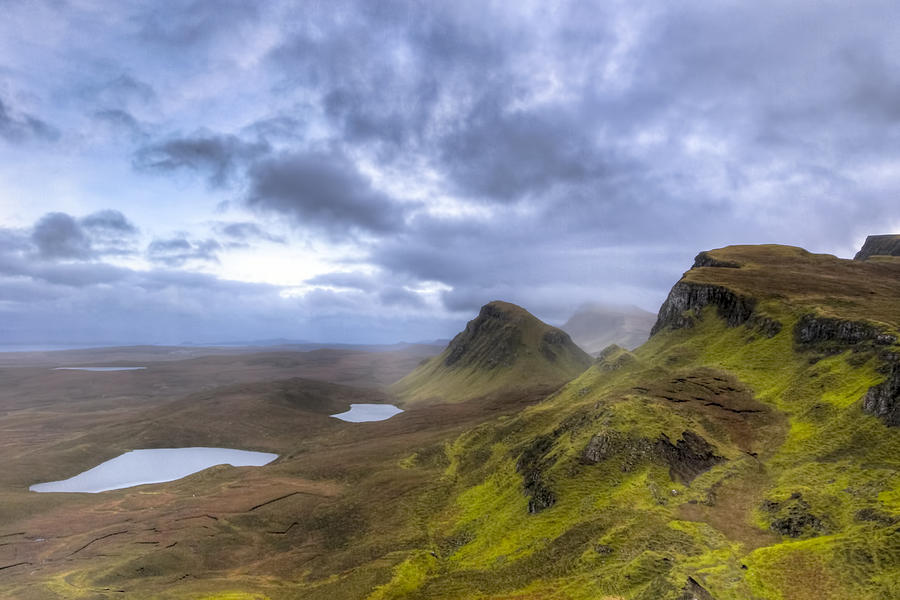 Years after I visited the beautiful Isle of Skye, the amazing and varied landscapes of that Scottish island have stuck with me. Of all the places I've visited, it remains the one that is shrouded with an incredibly unreal feeling.

The landscape of Skye seemed to be a little bit of everything, but mainly I'd describe it as feeling primeval, like a look a the long ago earth, rich in varied geography and geology but ultimately all jaw dropping in its beauty.

Nowhere less so than the Quiraing seen here. This section of the landscape is created by landslips where the earth literally caves off like ice falling from an glacier. That accounts for the jagged peaks and sharp drops.

And to say it has a fantasy or mystical feeling is not giving Skye a bit of disservice. Around a year after getting back, I happened to see a trailer for the film, Stardust. I nearly jumped out of my seat when I recognized bits of the landscape in the trailer were clearly from the Quiraing. Sure enough, when I looked into it, they had filmed around the Highlands and in particular on Skye. The film is based on a fantasy penned by Neil Gaiman. The moment I discovered that it was clear why they had chosen beautiful Skye as a backdrop for scenes in that film. If I had not stood on Skye first, I would have thought they had entirely manufactured those gorgeous vistas in that film, but I was there and Skye is quite real!