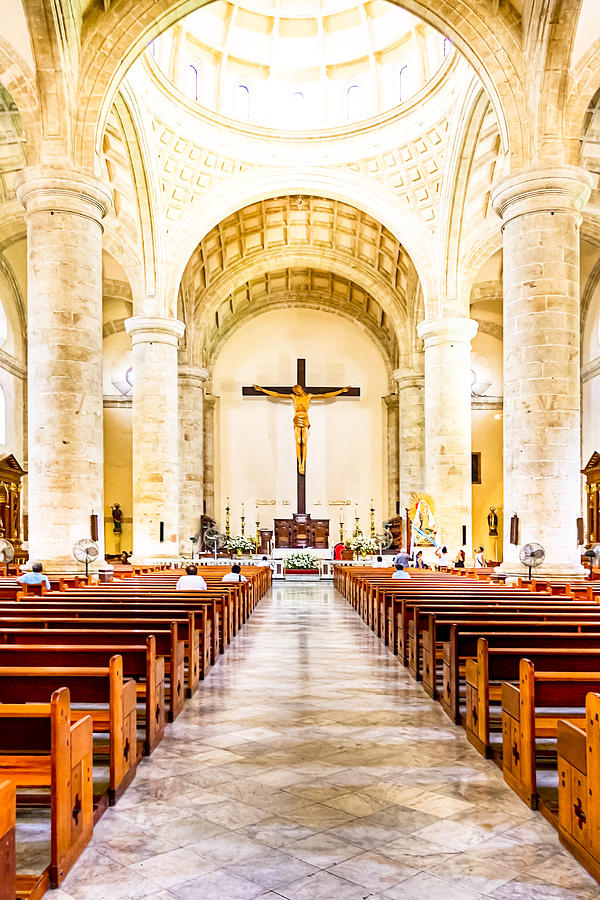 Into the Light at Merida Cathedral

Into the Light at Merida Cathedral

It also may have a claim to being built of some of the oldest materials. Merida was built on the foundations of a Mayan city, T'ho, and the stone of the Maya temples was re-used in the church you see here.

Merida's ancient cathedral does not, in my mind, fit the prototypical image of a Spanish Colonial church in Mexico. Most of them tend to follow the baroque style and drop with adornment. From what I've read it's because the Catedral de San Ildefonso was built in the Moorish style. The comparatively newer churches are baroque. Amazing what a difference a sea change in architecture can have isn't it?

I was also struck by the sharp contrast between the relatively angular exterior and the arches and domes of the interior. It almost felt like a different building inside to me. Maybe that explains my numerous visits to the old cathedral in Merida on my first visit to the Yucatan?