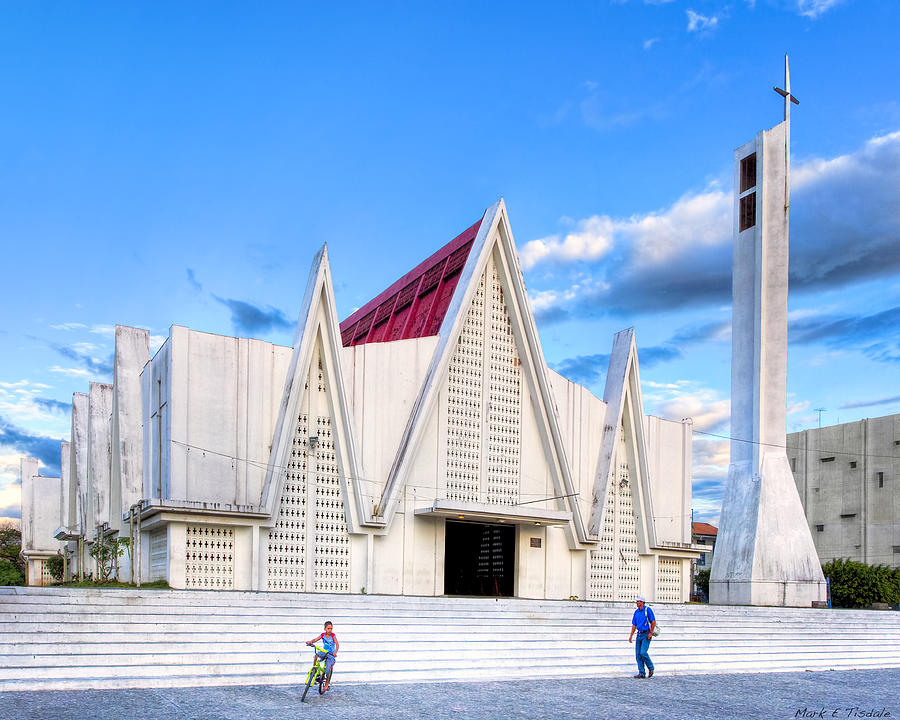 As memory serves, the plaque did indicate it had been built in the 1970s, but those are all the details I know for the Iglesia Catolica de Liberia. It was a bit weather worn but an unforgettable design, a little slice of modern Central America.

I spent some time standing there taking photos of those sweeping lines, all pointing up reminiscent of the design of old cathedrals. But this was one of my favorites, capturing some locals going about their day to day, rooting the scene a bit more in the local context and providing a sense of scale to that monumental modern architecture. I wonder if some day this Costa Rican church will seem as quaint as the Baroque ones do today?