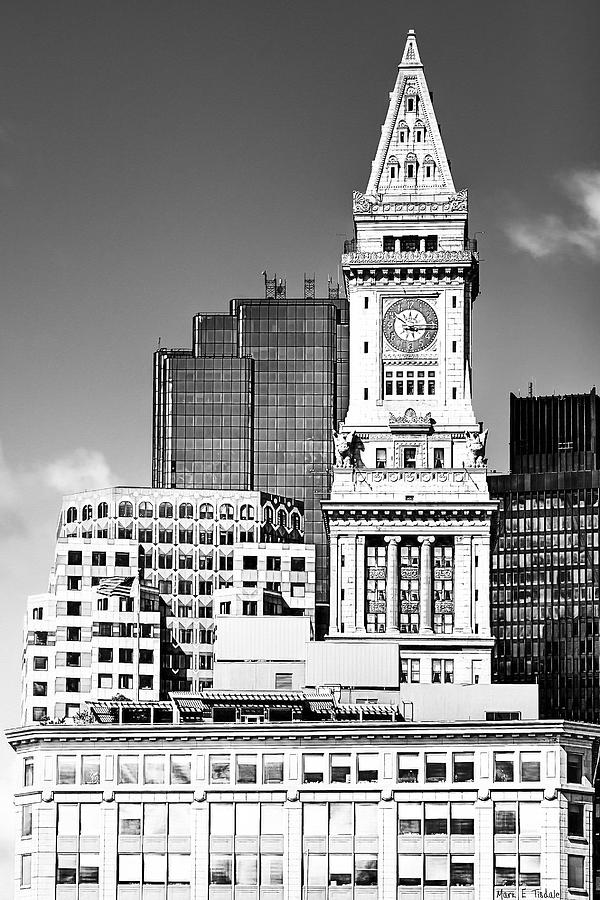 Boston's Custom House Tower was one of the first buildings I spotted on the skyline on my first day roaming Boston's waterfront. It's just such a classical piece of architecture that I didn't even need to know its history to know it was significant to the Boston skyline.

The Boston Custom House itself - far beneath the current skyline, was built in the mid 19th century while the massive clock tower seen here was added in the very early 20th century in the Neo-classical style. I've read it was Boston's first skyscraper which gives it another little peg in the history of the city.

I think the architecture of the city is my favorite aspect of this scene. It's liike a microcosm of the passing years with very modern buildings mixed in with the rather old as well. Minimally it illustrates a little selection of the story of the 20th century in architecture.