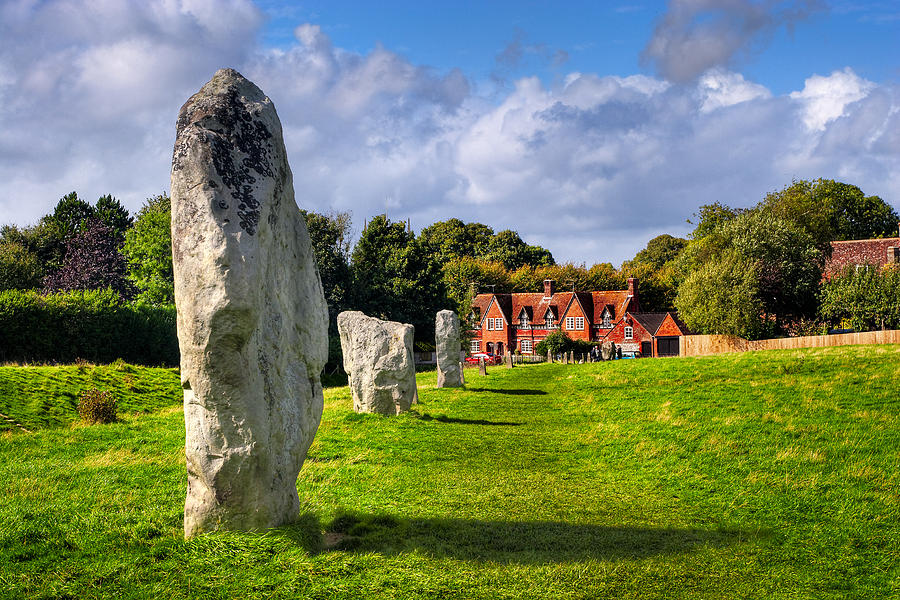 I've had the pleasure of standing within the ancient stone circle at Avebury Village twice. The second time, in late summer, may have been the most picturesque. Not that Avebury isn't generally an incredibly beautiful site.

Avebury is a sister site to the more well known Stonehenge. In fact, the henge at Avebury believed to be older than the one at Stonehenge. For my part, it's somewhat more interesting simply because one can still walk among the stones at Avebury. As interesting as any ancient ruin is, there's somethinga bout making human contact with something that was built thousands upon thousands of years ago!

The village at Avebury of course came much later, but it's interesting in its own right, full of quaint old buildings like the one seen at the end of this row of standing stones. Some of the older buildings in Avebury even include stone poached from stones in the old circle before it was protected.It's kind of amazing to imagine a village growing up in the midst of something so ancient.

Avebury along with Stonehenge and other Wiltshire antiquities are part oa UNESCO designated World Heritage Site.