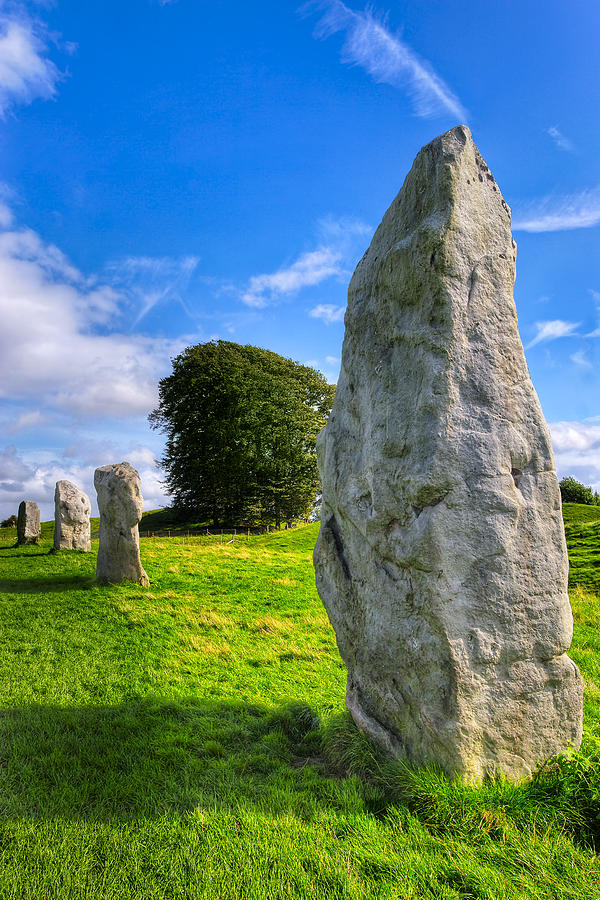 Of all the prehistoric remnants of our past that I've visited, I have a soft spot for Avebury as the stone circle was one of the first I visited. I saw both Avebury and Stonehenge on the same day on my first visit to the UK almost a decade ago. And while Stonehenge was captivating, Avebury is not only older, you can, without arranging a special tour, touch them. There's something magical about touching a standing stone erected thousands and thousands of years ago! One can't help standing there and trying to understand the minds of the people who felt this place was significant and scared in their cosmos.

I hadn't discovered my love of visual art when I visited Wiltshire that first time, so I was excited to get a second chance there several years later and on a most beautiful late summer day. The skies above the standing stones were picturesque and the ancient fields lush. I could hardly have asked for more!

Note: The Standing Stone Circles at Avebury and Stonehenge along with other ancient sites in Wiltshire are part of a large UNESCO designated World Heritage Site.